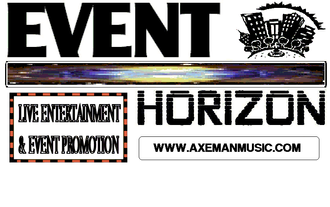 It was 1965 when Memphis guitarist, Ray Stinnett first stepped out on the National stage with the rock group "Sam the Sham and the Pharaohs". Their hit single "Wooly Bully"  was proclaimed record of the year by Billboard and in 2009 inducted into the Grammy Hall of Fame. It has had considerable influence on the evolution of rock music.Ray has shared the national and  international stage with some of the best  60's artists. Since that time Ray's music has undergone as many changes as Ray himself. In 1971 Ray was featured Artist/Writer on an album produced by Booker T. Jones for A&M Records. The album was not released at the time and ownership of the masters went to Ray. In 2012 the album was released by Light in the Attic Records & has been well received as evidenced by it's popularity and sales. Another album is currently under release on Ray's own AxeCut Record label. Ray and his life mate, Sandra, who also contributed to writing and performance on these tracks, currently perform as "Time Warp". Timeless music from the past, present and into the musical future. A "Time Warp" performance will provide you with an intimate connection to musical treasures from the source. Share the experience...join "Time Warp" on their "Music Now Tour" featuring a great live music experience and personal sharing by this native Memphis Musician who grew up in the heart of 50's rock n roll to become a pioneer trooper of the 60's cultural and rock and roll revolution. After returning to Memphis from the SF Bay area at the end of the summer of love (1967), inspired by the 60’s personal liberation and awareness movement, Ray & Sandra began writing songs that express life’s broader and deeper experiences and meanings. Ray's "Time Warp"... From roots in Memphis music and beyond to the cyber world of the 21st century today.

interact via... our social networks